Heart warrior ALFIE was only two days old went he was blue-lighted to Leeds after a routine check with his paediatrician.

11 months on, mum Kirsty tells us all about their family’s stay in hospital during the pandemic and how Children’s Heart Surgery Fund have been there to help.

This was my first baby I had a fairly straightforward pregnancy, only suffering with Hyperemesis gravidarum for the first three months. No concerns were picked up on my ultrasound scans.

Alfie was born in Doncaster via normal delivery at 40+6 on 4 April 2020 at 18:10. We were discharged that same night after the midwives were happy with both me and Alfie. They advised us to return two days later for his baby checks with the paediatrician.

We spent the first day at home with no serious concerns other than he didn’t seem to be taking much on his bottle and we noticed his breathing was a little strange. We thought this was because he was a newborn that this was considered normal behaviour.

We arrived at Doncaster on the 6th as agreed but only me and Alfie were allowed into hospital. My husband, Adam, had to wait outside in the car due to covid restrictions. 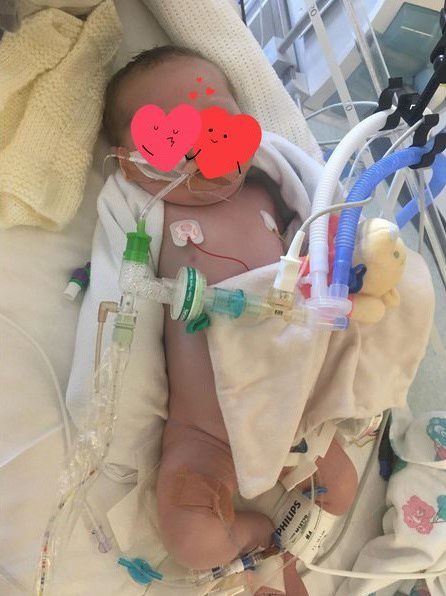 Alfie was rushed to Leeds at 2 days old

“We knew something wasn’t right. We just didn’t know exactly what was wrong.”

The paediatrician checked Alfie’s oxygen saturation levels. She thought at first it was a bad reading so swapped the probe onto his other hand. She then tried on both feet but still had readings of 60%.

Thinking that the probe was faulty, she asked me to warm Alfie up with cuddles while she went to find a new probe. Even the new probe was reading in the 60’s on all four limbs and this is when we knew something wasn’t right. We just didn’t know exactly what was wrong.

She transferred Alfie to the Resuscitaire and gave him oxygen support while she called in a senior consultant for his opinion. This is when they whisked him off to HDU and had suspicions about his heart.

I was escorted outside by a lovely nurse with Alfie’s empty pushchair to explain to Adam what was happening. They initially didn’t allow Adam to come inside but when they realised Alfie’s condition was critical and his life was hanging in the balance, they allowed us both inside to see him. 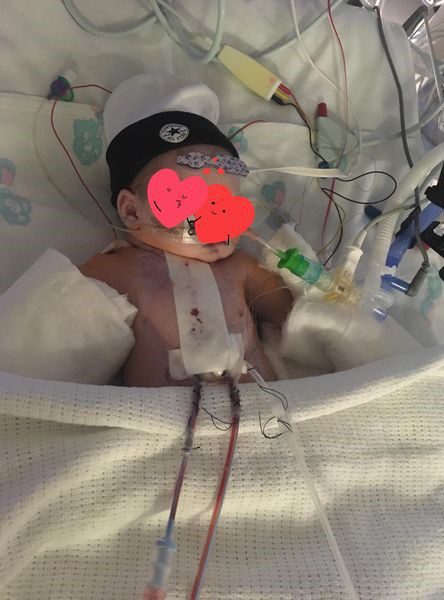 Alfie after his open heart surgery at 9 days old

The doctors and nurses were scanning Alfie which felt like a lifetime and all I could hear amongst the doctors was the words ‘TGA’ and at this time I had no idea what a TGA was other than I knew something was serious because of their tone of voice and urgency.

Once his consultant had finished scanning Alfie he came across to talk to Adam and myself. He explained that Alfie had a serious and complex heart problem, and he needed an urgent transfer to Leeds General Infirmary because Doncaster couldn’t treat him effectively. He then told us the words that we will never forget – ‘I have to tell you, Alfie could die in the ambulance’.

If we had stayed at home this day instead of having this appointment it’s likely Alfie wouldn’t have survived the night. From here onwards it was all systems go. We were asked whether we would like to take some photos of Alfie because they couldn’t guarantee he was going to make it to Leeds.

Once we arrived in Leeds, Alfie was taken straight into the cardiac catheter lab and was given an Atrial Balloon Septostomy (which essentially saved his life) along with a constant infusion of Prostaglandin.

We were then taken into a room with a cardiologist who was then able to explain his full diagnosis which was: Transposition of the Great Arteries (TGA), Coarctation of the Aorta (CoA) and a Ventricular septal defect (VSD). They explained that there was no other option than open heart surgery to correct this and without it he wouldn’t survive.

His Aorta was also too narrow meaning his heart was having to work really hard to push blood through the narrowing – which put him at risk of cardiac arrest. As well as this, he had a hole in his septal wall between the two ventricles.

The surgeons needed to stop his heart, disconnect the Aorta and Pulmonary artery to swap them back to their correct position. They then needed to open up the narrowing in his Aorta and to also patch up the hole in the septal wall.

This is when was when I was introduced to Children’s Heart Surgery Fund. We were advised that we would likely be spending around three weeks in hospital, but I only had the clothes on my back and my phone.

I had no other belongings on me because we obviously didn’t expect any of this to happen. 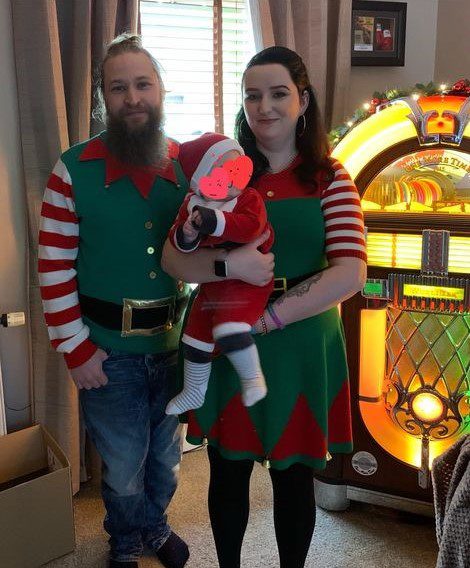 A nurse came in with a bag of bits and bobs to keep me going which was donated by the charity, it had food, drinks and toiletries, they also arranged for accommodation for me so that I didn’t have to worry about being too far away from Alfie which was a huge weight off our shoulders given the distressing situation. This was all free of charge too. We will never be able to repay the generosity of it all.

We were kept on PICU until Alfie’s surgery at nine days old, Easter Monday. The staff allowed Adam 45 minutes with Alfie before they took him down to theatre as this was the first time he was able to see him since his admission at two days old.

His surgery was done by Mr. Jaber and his team which lasted 9.5 hours and he had an excellent surgical result. He was then sent back to PICU to recover.

Because of the severity of his condition and because of the nature of the surgery, Alfie suffered a stage three kidney injury. He was very lucky and didn’t require dialysis like the doctors originally thought he might’ve needed. He was just corrected with different medications but as a result of this he was incredibly puffy.

“Children’s Heart Surgery fund were an absolute lifeline for us during our time in hospital.” 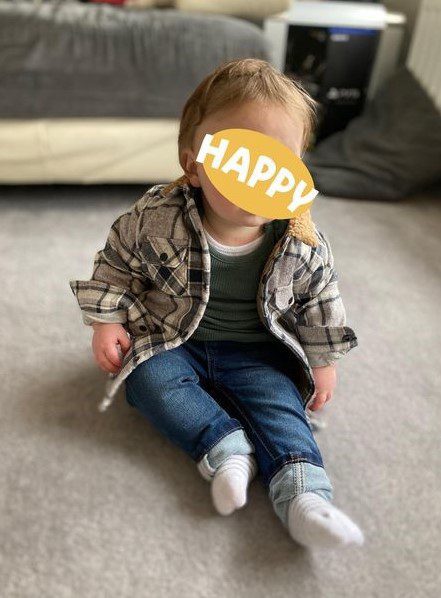 He was then brought down to the cardiac ward, L51, five days post-surgery where he continued to improve. The biggest challenge was trying to establish his feeding because he had significant reflux every time we tried to feed him. This meant he needed an NG tube but it was still a challenge trying to keep the milk down.

We spent seven days on Ward L51 before being discharged home. I was fully NG tube trained by the nurses and we continued to feed him via the tube at home for some time afterwards until his reflux settled down.

Fast forward 11 months and Alfie is doing amazingly well. To initially look at him you wouldn’t know that he has congenital heart disease other than the scar down the middle of his chest. He will need regular lifetime outpatient appointments and may need intervention in future as he grows but as it stands at the moment he is stable and thriving.

Children’s Heart Surgery fund were an absolute lifeline for us during our time in hospital. We were given a financial grant to cover our expenses as I’m sure you can imagine that buying food and drinks from a vending machine and on-site shop gets very expensive. It really removed that extra stress of having to worry about money during a difficult time.

They continue to support us to the present day. CHSF Family Support Worker, Sarah, has been lovely in checking in on us and providing support as I’m due to return to work from my maternity leave soon.

They also have a Facebook community group which has other heart families and is a really good line of support as the families share their thoughts/feelings of their experiences with their heart warriors too.

We will be forever grateful to these guys for all their hard work and support. The amazing funding they provide Leeds Children’s Hospital mean Leeds Congenital Heart Unit can constantly improve their services and resources to help other children with congenital heart disease. The support they provide is second to none.

Sometimes you can’t appreciate the work that a charity does until you’re fully involved with them but we absolutely would not be without CHSF now.

On #WarriorWednesday, we celebrate the amazing heart heroes we support in our region.

We tell their stories to raise vital awareness of congenital heart disease and recognise the care of the Leeds Congenital Heart Unit. 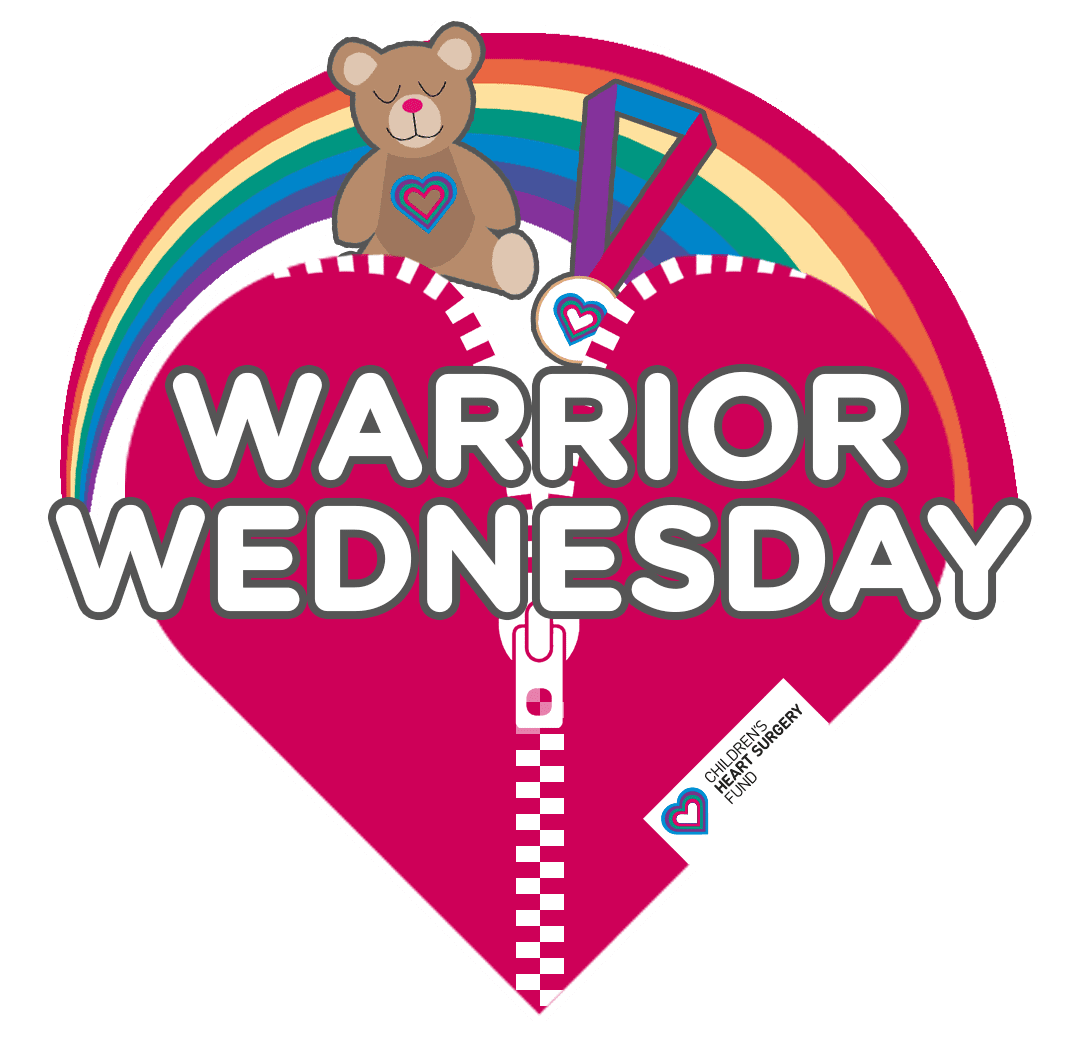 If you would like to make a regular or one-off donation to help fund CHSF’s life-saving work, you can do so here. Thank you.

More from the blog… 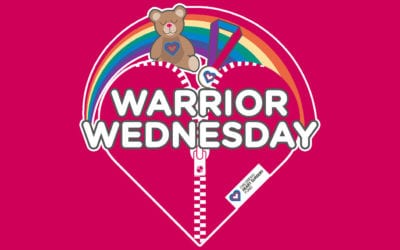 On #WarriorWednesday, we like to celebrate the amazing heart heroes we support in our region. Telling your story raises vital awareness of congenital heart disease and recognises the incredible care of the Leeds Congenital Heart Unit. Feedback from heart families... 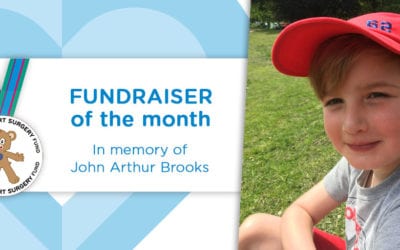 Fundraiser of the Month: In memory of John Arthur Brooks

In Memory of Our Brave Little ManWritten by heart mum, Lindsay Brooks John Arthur Brooks was born at Leeds General Infirmary on 28th April 2008. We were given his CHD diagnosis prenatally at 27 weeks, and although his condition was complex we decided to continue with... 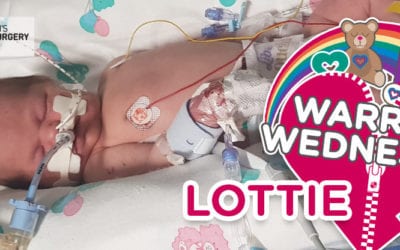 Lottie was born in Grimsby hospital, but just hours after her birth her mum Donna noticed something didn't seem quite right. Read Lottie's #WarriorWednesday story... Heart mum Donna says… Children’s Heart Surgery Fund is amazing. If it wasn't for the charity, we...