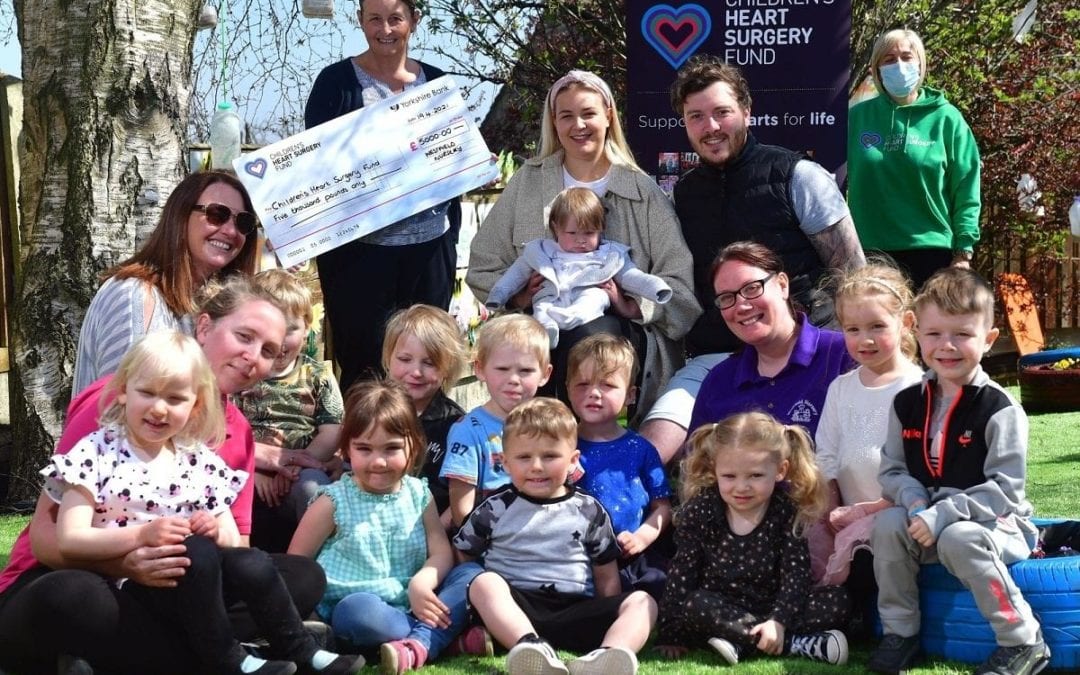 A BRADFORD mum has spoken of the ordeal of her newborn baby having heart surgery.

Having a baby in lockdown is challenging in itself, but for Jenni and Kieran Jackson it was followed by the devastating news that their baby, Vinnie, had a hole in his heart.

And when she began to raise funds for the Children’s Heart Surgery Fund, which supports youngsters born with heart disease, Westfield Nursery in Idle was inspired to raise a further £5,000.

Vinnie was born at Bradford Royal Infirmary on November 2. At his six-week post natal check-up it was discovered he had a heart murmur.

He had a scan at the BRI and we were told he had a hole in his heart and would need surgery.

It was a big shock but we thought it would be okay. Then he had a more in-depth scan at Leeds General Infirmary and was diagnosed with Tetralogy of Fallot, which affects blood flow through the heart.

His breathing was quite fast and his tummy was tucking in. and they saw that the hole in his heart was quite large.

We just got a phone call to say he was going to have heart surgery.

To be told at 14 weeks that your baby needs an operation – I was really scared at first but it all happened so quickly.

We were worried that with the bigger hole in his heart he might catch something over winter, putting pressure on his lungs.

Vinnie was 16-weeks-old when he had five-hour surgery at the LGI. Jenni added:

Because of Covid restrictions only I was allowed in with him. My husband Kieran had to FaceTime us.

When Vinnie came out of surgery we saw him one at a time. He was in the ICU for four nights and the Children’s Heart Surgery Fund gave us a room to stay in.

He was then moved to a high dependency ward for 11 days. There were a few complications after the operation, he had a blood disorder and had to be monitored, but he’s doing brilliantly now.

The LGI was fantastic, we’ll be forever grateful.

This website uses cookies to improve your experience while you navigate through the website. Out of these cookies, the cookies that are categorized as necessary are stored on your browser as they are essential for the working of basic functionalities of the website. We also use third-party cookies that help us analyze and understand how you use this website. These cookies will be stored in your browser only with your consent. You also have the option to opt-out of these cookies. But opting out of some of these cookies may have an effect on your browsing experience.
Necessary Always Enabled
Necessary cookies are absolutely essential for the website to function properly. This category only includes cookies that ensures basic functionalities and security features of the website. These cookies do not store any personal information.
Non-necessary
Any cookies that may not be particularly necessary for the website to function and is used specifically to collect user personal data via analytics, ads, other embedded contents are termed as non-necessary cookies. It is mandatory to procure user consent prior to running these cookies on your website.
SAVE & ACCEPT